Taking Wing During a Pandemic

Patricia Brennan was in a quandary. She was lined up to display at an art show in June 2020, during the pandemic, with zero inspiration and no idea of what she would showcase.

Hours became days and days became weeks as Brennan stared out the window of her home in the woody terrain near Sperryville, Va., watching the comings and goings of cardinals and finches around six feeders.

The answer was right in front of her. Small stained-glass birds, but not just any warblers. These would be different birds. They would be Birds of Hope.

“I was very depressed during the era of Covid,” she says, fearing she would waste time, money and supplies on a dud of a show. “The birds made me so happy. So, I made a flock of birds and called them my Birds of Hope — hope that we get out of the pandemic and hope that they make you smile.”

By her own description, Brennan “blows up” her DéDanann Glassworks when she is in bird-making mode. She starts with the bases and recycles excess cut glass into beaks and tail feathers. “I actually let the scraps be what creates the bird.”

Brennan has sold up to a dozen birds a week online and at a gallery in which she is a partner. “The whole time I’m making them, I’m smiling,” she says. “These are the complete opposite of Angry Birds.” 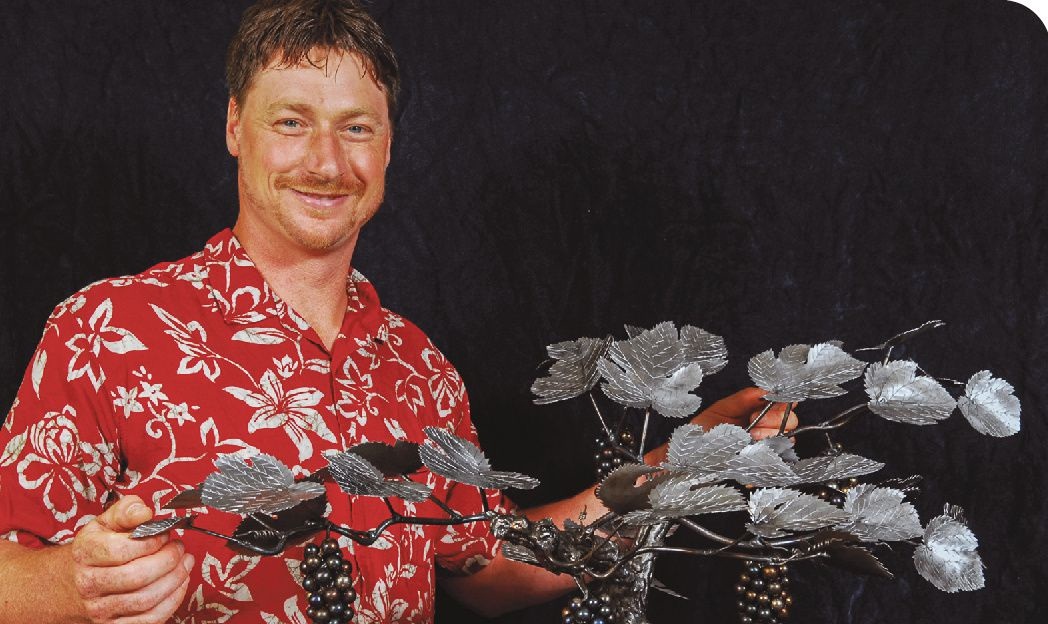 Some students are lucky enough to land in a class taught by a truly inspiring teacher. That happened to Albert “Buck” Doughty when he enrolled at Eastern Shore Community College in Melfa, Va., and signed up for a welding class taught by Lewis Shields. 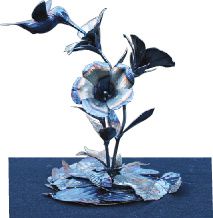 When they met, Shields had retired from a long career working in the shipbuilding yards of Newport News. There, he had helped build the USS Enterprise and several nuclear submarines. He was teaching welding to pass on the exacting skills he had developed over years.

Doughty had been doing finishing work at Bayshore Concrete when he was laid off. “I learned that I could go to the community college and learn a trade that would pay much better,” he explains.

He became one of the “Shields Boys” — not just a young man with a skill, but one who area employers knew had learned how to weld to precise tolerances. He could be trusted to produce smooth metal surfaces, invisible seams and work that would last. Working for various companies, Doughty did welding on bridges and other major construction projects in the area.

Carving wooden bird decoys is an Eastern Shore pastime. Wanting to be part of the local tradition, Doughty tried his hand at carving, but never felt his efforts were good enough. Seeing backyard metal abstract art with poor welding inspired him to see what he could create with metal and his excellent welding skills.

A member of A&N Electric Cooperative, Doughty also has a second mentor who changed his life. His cousin Danny Doughty, a well-known folk artist and art gallery owner in Onancock, Va., guided him into a second career as a sculptor.

“Danny wanted to do a show with me. He said, ‘Make as many pieces as you can,’” Doughty explains.

When Danny Doughty saw his cousin’s sculptures, he was amazed. “These are like nothing I’ve ever seen, so highly detailed,” he expressed.

Encouraged by his cousin and people who paid far more for his art than he ever expected, Doughty entered his first juried art show in 2007. His sculptures sold well and he took home the Best in Show award.

To create his steel sculptures, Doughty uses the same tools he uses for welding work: a torch and welder, grinder and chisels. He does not do any casting. He uses crystal-clear enamel to protect each piece from rust.

Doughty’s sculptures are enhanced by colors, such as the lighter spots on a butterfly’s wings, created with a very small tip on his welder’s torch. “Steel is pure and when I heat it very, very slowly and evenly, that brings out purples and blues and golds,” he explains.

These days, Doughty works full-time for the University of Virginia’s Coastal Research Center in Cape Charles. He maintains the center’s vehicles and equipment and takes researchers by boat out to the uninhabited barrier islands. 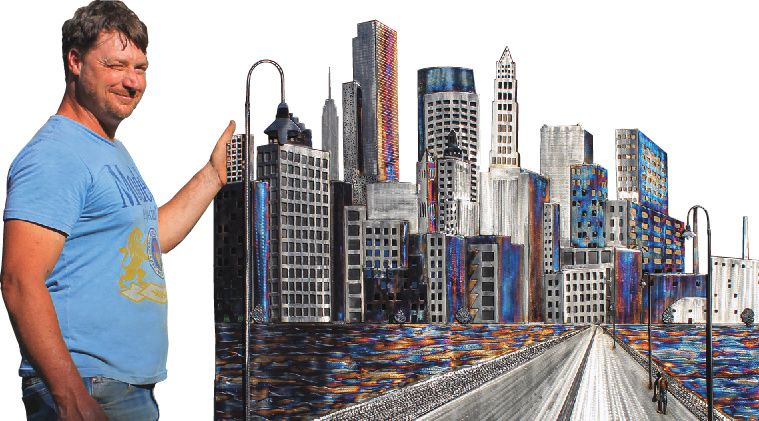 But his weekend hours are reserved for creating art.

“One thing driving me is that art is the best way for me to be remembered,” says Doughty. “My great, great grandfather was Eli Doughty. He carved fine, wooden duck decoys that President Grover Cleveland liked. They went hunting together. My metal sculpture is my way of leaving my mark, like his decoys.”

For more, check out facebook.com/hogislandcreations.

BARC Electric Cooperative member Rick Robbins of Lexington, Va., can’t remember a time when he failed to enjoy fishing. “There’s a photo of me fishing when I was four. I’m 76 now, so that’s 72 years of fishing,” he says.

Robbins grew up in Texas, fishing with his dad along the bays near Houston. He tied his first flies for a Boy Scout merit badge when he was about 12. 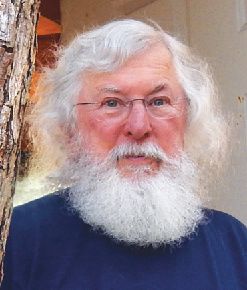 After graduating from law school at the University of Texas, he became a lawyer for the U.S. Department of the Interior and, later, for the National Park Service.

Some 48 years ago, he turned his passion in a craft. Robbins began making bamboo fishing rods, first for himself and later for friends. As his skill grew at making rods that were truly responsive, he developed a reputation as a master craftsman. Now he has a two-to-three-year backlog of orders for his handmade bamboo rods.

Why make rods of bamboo, instead of graphite or fiberglass, which are much less expensive? Robbins says the best way to explain is to relate a comment that a man made at his booth at a fishing show. When the man picked up a bamboo rod for the first time and cast with it, he exclaimed, “It’s alive!’”

Bamboo “has a feel like no other type of rod,” explains Robbins. He concurs that bamboo rods are heavier than rods made of other materials, though quickly adding that a properly balanced bamboo rod feels almost weightless.

Robbins uses only one type of bamboo, called Tonkin Cane. It grows only in a 10 square-mile area near the Sui River in China.

There are many varieties of bamboo, many of them harvested much closer to Virginia. So why rely solely on Tonkin Cane for fly rods? “It is the strength and density of the fibers [of the bamboo] that make them rod-worthy,” Robbins says.

Robbins takes 60 to 100 hours to make a bamboo fly rod that meets his standards. He makes every part of each rod, except the guides.

The process begins when Robbins orders Tonkin Cane from a wholesaler on the West Coast. A truck delivers the bamboo culms in lengths of 12 feet.

Robbins cuts the bamboo using a machine built in 1925 and designed for milling fly rods. It can mill the bamboo as precisely as one-thousandth of an inch. Robbins is the fourth fly maker to own it. The machine, which weighs a ton, is bolted to the floor of his workshop.

The artisan process begins as Robbins cuts the bamboo into appropriate lengths for either two-piece or three-piece rods. Next, he cuts each section precisely into six sides so the rod is hexagonal. Robbins lines up the naturally occurring nodes along the bamboo so that none of them will be directly opposite other nodes.

Then he glues the six sides together with a high-end furniture glue made of urea formaldehyde. “The British used it during World War I and World War II to glue airplane parts together,” he notes. The finished rods, with fitted sections, measure 7 to 8 feet in length.

Of his craft, Robbins observes “As my mentor Tom Maxwell used to say, ‘It’s not rocket science, but it takes a certain amount of attention to detail.’ There are about 80 different steps along the way, so there are plenty of ways to mess up.” 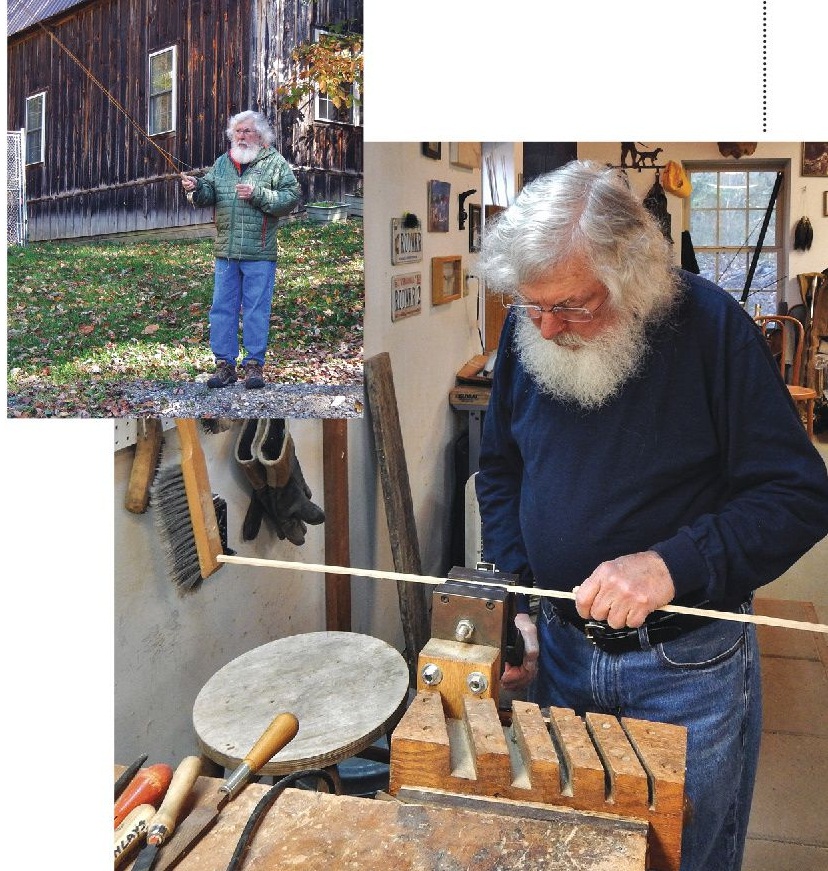 By the time Robbins finishes making a fly rod, he has conducted numerous checks to each part to ensure it is the best he can make it. He says that his customers “should be able to hand my rods down at least one generation.”

Robbins enjoys practicing the craft that has taken him years to perfect and making the custom fly rods that become family heirlooms. But he also makes sure to save time for his own fly fishing.

Don’t forget to bring your pets inside when it get too cold outside! ... See MoreSee Less